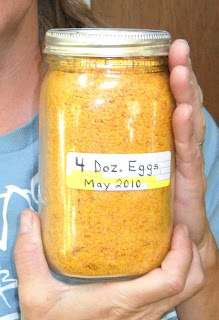 Four dozen dehydrated eggs in a quart jar
A few years ago I started dehydrating my extra eggs over the spring, summer, and fall.  The main reason I did this was because from about November until March our chickens don't lay eggs up here in the cold north, with our short winter days.  We didn't like having to eat store-bought eggs during the months our chickens got their break from laying.  In the summer we gave eggs away to everyone we could push them off onto, and it seemed a shame to give away so many eggs, then have to pay to buy them in the winter, as well as buying feed for the chickens during those months too.
We live off-grid with solar electric power, so putting lights in the chicken coop isn't an option.  Winters are cloudy and the days are short, so we have to conserve electricity during those months.
Dehydrated eggs have the disadvantage that you have to use them as scrambled eggs.  That means no fried eggs in the winter, but lots of really good and creative omelettes!  They can also be used in baking.  I use one tablespoon whole dried egg to 1 tablespoon water, to make one reconstituted egg.
You can also separate the eggs and dry the whites and yolks separately.  If you like to bake things that call for egg whites, or to make meringue, you can use the dried whites.  The dried yolks can be reconstituted and cooked for eating, or used in baking. 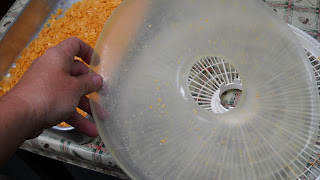 My Nesco dehydrator came with one plastic liner for making fruit leather.  I use it when I dehydrate eggs and I line the other trays with wax paper.  I cut the hole out in the middle so it would sit on the tray, and trimmed the edges with extra so I could bend it up and form a lip around the edge so the egg wouldn't run off the trays.  I'm careful with the wax paper and re-use it for several batches before having to cut fresh wax paper.
Each of these trays holds four eggs.  If you have a different dehydrator you can experiment to see how many it holds.  Break the eggs into a bowl and whisk them until the yolks and whites are evenly mixed, if you're dehydrating whole eggs.  With the lined dehydrator tray sitting on the dehydrator, so you won't have to move it after filling the tray, carefully pour egg onto the tray.  Move the bowl around the tray and pour until you have a good covering.  You can use a spoon to further spread it.
You don't want it too thick or it'll take a long time to dry. I poured mine about the thickness of a plain chocolate candy bar.  Try to spread it evenly so that you don't have part of the tray finished before the thicker parts.  It won't be perfect, but take a few minutes to spread it as evenly as you can. 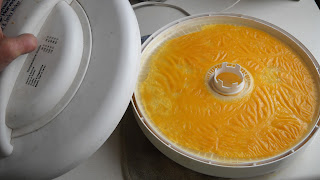 This is partway through the drying process.  You can see the 'skin' forming on top.  Set your dehydrator to the hottest setting, if you have a temperature control on it.  Mine is 135 degrees.
You can dry eggs in the oven on a low setting, but use the absolute lowest temperature setting your oven has.  You don't want to cook the egg, you just want to dry it.
If you live in a dry climate you can air-dry the eggs.  Watch them closely and pour them thinly on the trays.  I tried flipping mine partway through once and it was a messy disaster. 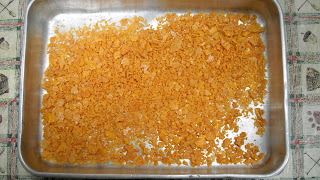 It takes my dehydrator about 8 hours to dry four trays of eggs.  When they're done I lift the wax paper off the dehdrator tray and I turn it upside-down over a cake pan.  The dried eggs should peel off without leaving a mess on the wax paper, other than a few crumbs.  If it's still wet and slimey, put it back on the dehydrator tray and dry it longer. 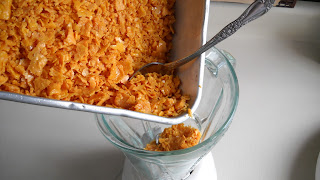 When they're crumbled in the pan they resemble cornflakes.  I broke them into crumbles, then spooned them into the blender to make egg powder. 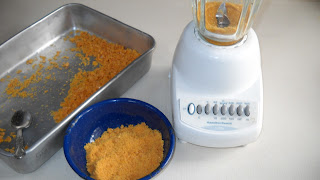 The finished egg powder is in the bowl.  I later started just packing the crumbles into a jar and crushing them down with a wooden pestle from a mortar and pestle set I have.  When reconstituted, it works just about as well as 'powdering' it in the blender.
It doesn't make a dry powder.  It makes a somewhat-greasy powder.  If you have trouble reconstituting it try using different temperatures of water.  It will look grainy when it's reconstituted, but when you cook it, as either scrambled eggs or omelettes, it comes out with an even texture and a bit spongy rather than fluffy.  The taste is the same as fresh eggs. 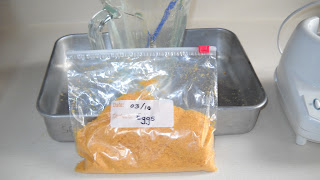 We take it camping, so I put some in a ziplock bag for that purpose.  This bag in the picture traveled with me on a 1,100 mile bicycle trip in spring and early summer 2010. 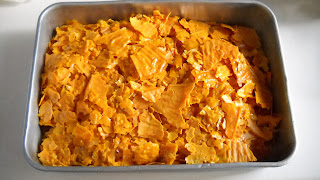 Dumped straight out of the trays and before further crumbling the dried eggs look like peanut brittle without the peanuts.
The majority of our dried eggs are packed tightly into glass jars and stored in our dark, cool root cellar.  Most summers I dehydrated around 24 dozen to store for winter use.  It's been a big savings and a great way to have 'home-grown' eggs over the winter.
If you have comments or questions, please leave them below or email me at:
povertyprepping@yahoo.com
Susan
Posted by Susan at 4:28 PM 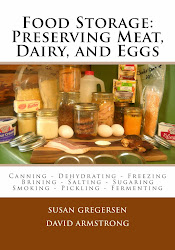 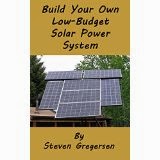 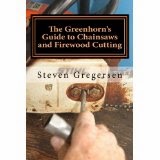